During the construction of Solomon’s Temple there was a workman’s boy who was tormented by a demon. Ornias, the demon, would appear at sunset and take half of the boy’s wages and food. Then, he’d suck his soul out of his thumb. Solomon noticed the by becoming sickly and asked him about it. Solomon prayed to god for the power over the demon. The archangel Michael gave Solomon a magic ring with a seal engraved upon it.
“You shall imprison all the demons, male and female, and with their help you shall build Jerusalem when you bear this seal of God,” Michael told him.
Solomon gave the ring to the boy and told him to fling it at the demon’s chest and order him to go to Solomon.  The next sunset, Ornias appeared as fire and the boy threw the ring.
“Come! Solomon summons you!” the boy shouted.
Ornais screamed and promised riches if the boy would give the ring back to Solomon, but the boy refused. He bound the demon and delivered him to Solomon. The king found him at the gates and questioned him. Ornias claimed to have been an angel that fell from heaven and now resided in the constellation Aquarius. He explained that demons fly up to heaven to spy on god and fall when they grow exhausted, thus they are falling stars. 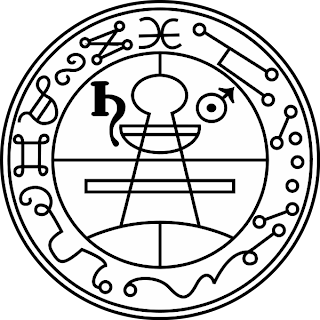 Solomon bound Ornias and forced him to cut stones from the quarry. He was the first of the demons that Solomon bound to build his temple. Nothing like demonic slavery to get the job done.
In my series the Van Helsing Organization, the angels don’t dwell in the stars. They are a part of one of the Thrones of the Seven deadly sins.
Posted by Noree Cosper at 12:20 PM