All in the Cards: Tarot and The Devil

So, despite what you may think, tarot is not an ancient form of divination. The tarot deck was actually developed in Italy in the 1400s for the game of trumps. The allegorical pictures were added to the plain suited decks to spice them up. Leave it to Italy. 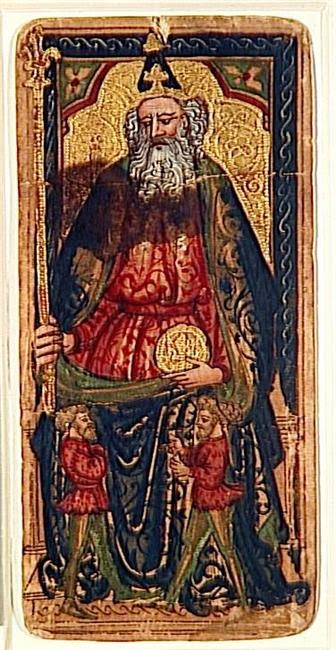 It wasn't until the mid 1700s that tarot cards became a popular form of divination. The pictures began to take symbolic meanings. The first book on cartomancy was written in 1770 by Jean-Baptiste Alliette, or Etteilla as he was know in the occult world. Etteilla was a pioneer in developing a new form of fortune telling.

Today many people use tarot as a fun game of fortune telling or to even help guide them through the hard decisions in life. Of course, in my book tarot cards play a more important role in the story. In my up coming book, A Dose of Brimstone (Release 2014), a new character lays out the cards. Because I love anything with an occult flavor, no matter when it developed, I have been drawing my own tarot cards. Last year I created the Devil for A Prescription for Delirium. This year I plan to continue expanding the deck, starting with the cards will appear in A Dose of Brimstone.

The Devil is the 15th card of the Major Arcana, and is associated with Earth and Capricorn. Though many decks portray a stereotypical Satan figure for this card, it is more representative of bondage to material things than an evil persona. It also indicates an obsession or addiction to fulfilling our own Earthly desires. Should the Devil represent a person, it will most likely be one of money and power, one who is persuasive, aggressive, and controlling. In any case, it is most important that the querent understand the ties that bind are worn freely.

VHO World Meaning:
The approach or evidence of a supernatural evil influence in the querent's life. This usually means a demon, but can also represent a malevolent spirit or a vampire perhaps.

So, Once I finish I will be posting my new cards here in a series.

Do you like stories about angels, demons, and the supernatural? Pick up a copy of "A Prescription for Delirium" available on Amazon.
Posted by Noree Cosper at 12:00 AM 2 comments:

Email ThisBlogThis!Share to TwitterShare to FacebookShare to Pinterest
Labels: A Prescription for Delirium, divination, Parnormal, Tarot, The Devil

Today I'm honored to host Rainy Kaye on her Summoned Blog Tour. We have a lot of treat for you today, so sit back and enjoy! We're going to start with a few word from Rainy herself. Take it away, my dear!


The Making of Summoned: 4 Ways to Keep a Story Interesting
Many story concepts lend themselves to great beginnings and endings, but the middle can become a bit murky. Might have gars or creepy, invasive fish in it, so writers often feel like skirting around the edges, sticking to the shallow end with less slippery things. But sometimes, you just have to take the plunge.
Make it the worst. There are things your character does not want to happen. They will do anything to never have to face this darkest of dark fears, to be put into the terrible situation that they’re too scared to even imagine. In the words of Picard: make it so!
Seriously, twist those thumb screws and make them beg. It’s terrible and mean and makes you doubt your sanity (I was doing that anyway, myself) so just go for it. The characters will hate you—but your audience won’t.
Make it big. Don’t just start a fire; create a bomb. In SUMMONED, I did this literally, but you don’t have to always blow things up (I just happen to love big booms, but refer to the above sanity check). Whatever it is your character needs to do, force them to make it bigger.
Make it flawed. The only thing better than making a fire into an explosion is making the explosion go off as the worst possible time. Perfect escapes aren’t nearly as fun to write (or read) as one that is terribly inconvenient right up to the end.
Make it uncomfortable. This probably says more about me than I should be okay with, but I enjoy making my characters squirm. Have you met Silvia yet? Dimitri despises his current lot in life, but he’s really not looking forward to when that person gets a hold of him. The reason is kind of gross.


Personally, diving in is one of my most favorite parts of writing. If it doesn’t work, you can always revise it or even delete the whole scene. But when it does work—and sometimes, it really does—you won’t fear the deep end again. 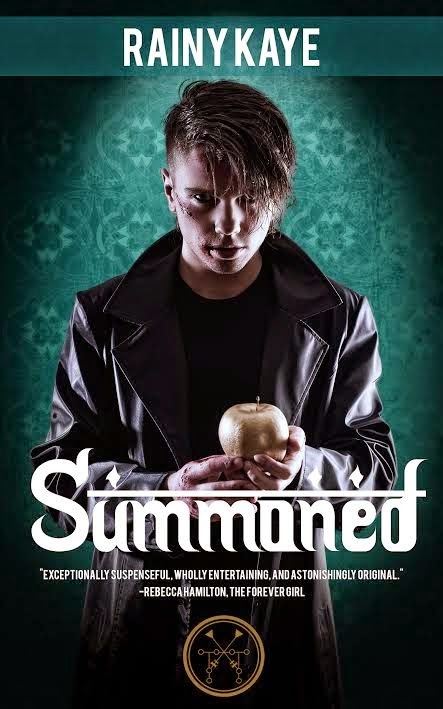 Twenty-three year old Dimitri has to do what he is told—literally. Controlled by a paranormal bond, he is forced to use his wits to fulfill unlimited deadly wishes made by multimillionaire Karl Walker.

Dimitri has no idea how his family line became trapped in the genie bond. He just knows resisting has never ended well. When he meets Syd—assertive, sexy, intelligent Syd—he becomes determined to make her his own. Except Karl has ensured Dimitri can't tell anyone about the bond, and Syd isn't the type to tolerate secrets.

Then Karl starts sending him away on back-to-back wishes. Unable to balance love and lies, Dimitri sets out to uncover Karl's ultimate plan and put it to an end. But doing so forces him to confront the one wish he never saw coming—the wish that will destroy him.

Summoned is represented by Rossano Trentin of TZLA.

Find out more at http://www.summonedtheseries.com

About Rainy:
Rainy Kaye is an aspiring overlord. In the mean time, she blogs at RainyoftheDark.com and writes paranormal novels from her lair somewhere in Phoenix, Arizona. When not plotting world domination, she enjoys getting lost around the globe, studying music so she can sing along with symphonic metal bands, and becoming distracted by Twitter @rainyofthedark. She is represented by Rossano Trentin of TZLA.

Excerpt:
Intel has provided me next to nothing for this assignment. In a way, I'm relieved. After the disaster at the downtown office, I will never fully trust their hookups again.
Still, a little more information to go on would be great. All I have is the address, shift schedule, and the description of the books. They have gold colored spines, and they should be sitting in a box together.
The “should be” is unsettling. I “should be” in bed with Syd, but I'm stomping the gas pedal between Phoenix and San Diego.
I've only visited San Diego once, and that was to break into a home and steal some business plans. As it turned out, the owners had been on vacation. No alarm had been engaged. I miss the easy wishes.
When I arrive into San Diego, the clock shows nearly nine at night. According to the schedule, the lab is used during business hours as a research and teaching facility. At night, it's rented out to a college class and some independent groups.
This means that at no time will the facility be completely empty. It also means I'm better off going during the second shift. The day researchers are more likely to notice someone who doesn't belong than the tenants at night.
The real problem is finding those books. The case file managed to leave out that tidbit. This will be like treasure hunting without a treasure map.
Oh, and then I get to burn down everything when I'm done. Hopefully the people inside will escape unscathed.
I scratch my head as I shuffle through the papers again. The night is about to get interesting. This wish shouldn't take too long—I won't even need to stay overnight—but I'm going to need supplies.

My Review:
First of all. I am glad to see books out featuring Arabic lore. There is a wealth of great material for stories there that is untapped. This story focuses on djinn, or genies as most people know them. However, if you think this is going to be anything like I Dream of Jeannie or Disney's Aladdin, you will be very mistaken.

This book is filled with violence, sex, and a mystery that keeps you reading until the end. At first I was really questioning why Dimitri had no power, but I'm really satisfied with the answer at the end. Dimitri himself was just awesome. He attitude and quips had me laughing aloud throughout the entire book. And at the end I had some real Damn? Really? Moments.I loved how everything snapped together. I look forward to reading more of Ms. Kaye's work.

Be sure to enter the giveaway!
a Rafflecopter giveaway
Posted by Noree Cosper at 12:00 AM No comments:

Each month will feature a different book or series, so if you want to challenge yourself, try reading each book or series that is featured before each month is over. The book for June is Daughter of Chaos by Jen McConnel. She is also giving away a cool swag pack, so enter the rafflecopter at the bottom of the post! 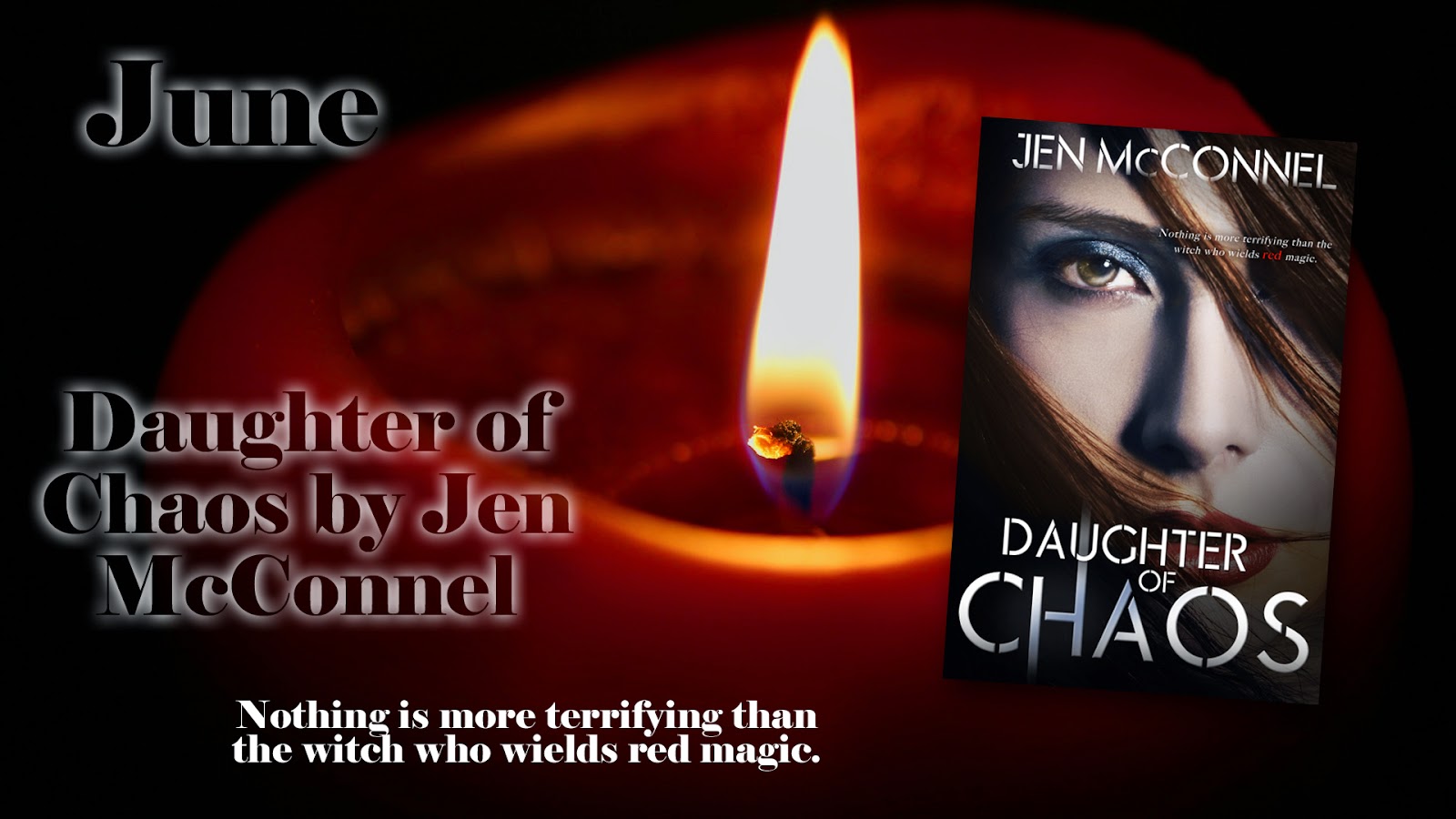 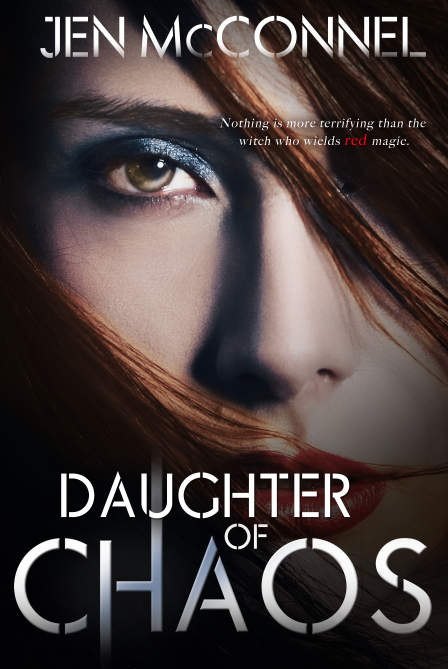 There comes a time in every witch's life when she must choose her path. Darlena's friends have already chosen, so why is it so hard for her to make up her mind? Now, Darlena is out of time. Under pressure from Hecate, the Queen of all witches, Darlena makes a rash decision to choose Red magic, a path no witch in her right mind would dare take. As a Red witch, she will be responsible for chaos and mayhem, drawing her deep into darkness. Will the power of Red magic prove too much for Darlena, or will she learn to control it before it's too late?

DAUGHTER OF CHAOS is the first in a YA paranormal trilogy 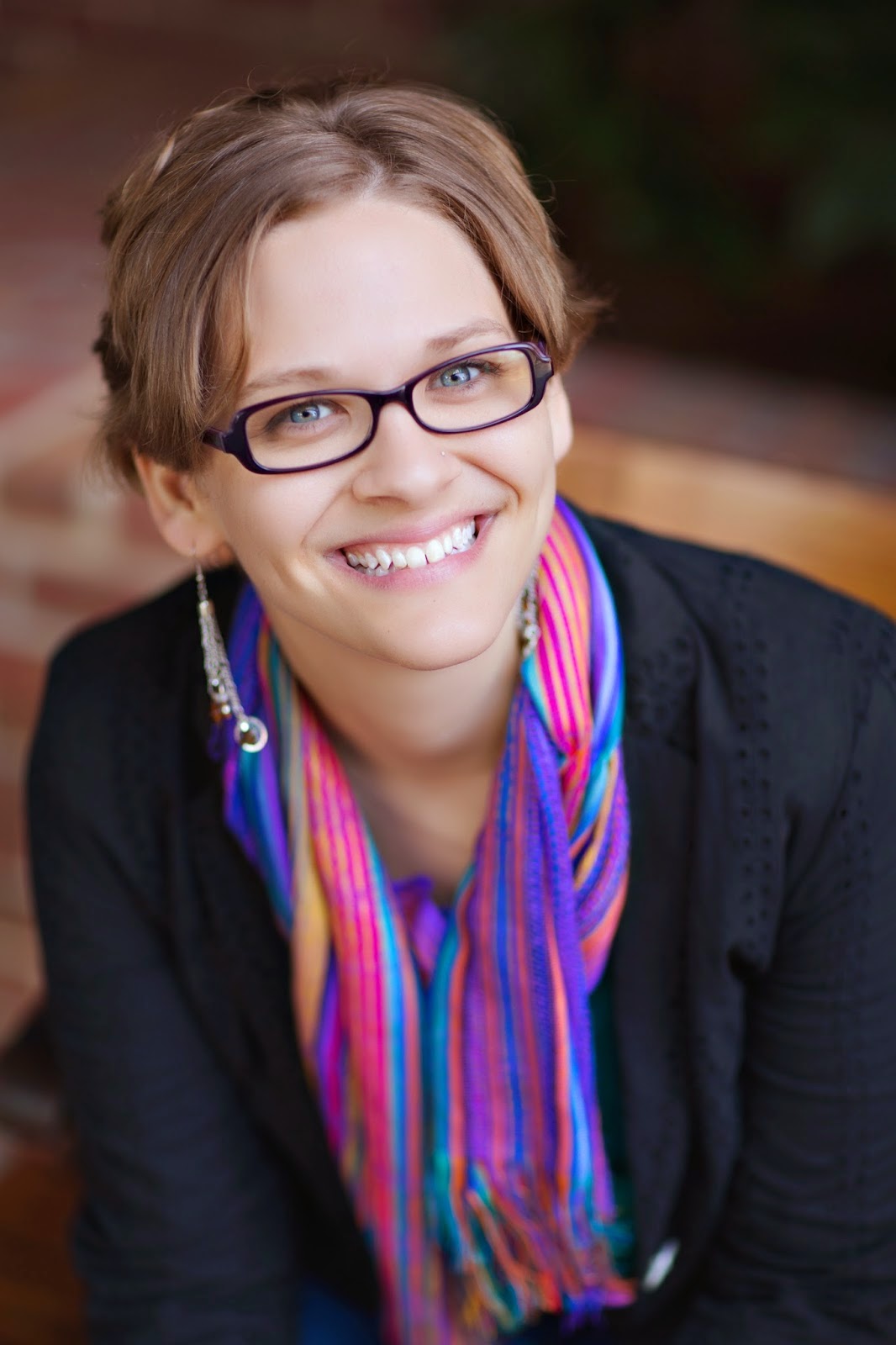 Jen McConnel first began writing poetry as a child. A Michigander by birth, she now lives and writes in the beautiful state of North Carolina. A graduate of Western Michigan University, she also holds a MS in Library Science from Clarion University of Pennsylvania. When she isn't crafting worlds of fiction, she teaches college writing composition and yoga. Once upon a time, she was a middle school teacher, a librarian, and a bookseller, but those are stories for another time.

a Rafflecopter giveaway
Posted by Noree Cosper at 12:00 AM No comments: