I have decided that I am changing my cover design. Though I like my cover it is more artsy than anything. I think I need something to better draw the eye. 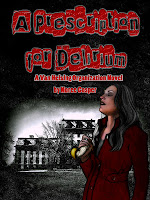 So, I have looked through a lot of covers to Urban Fantasy and I see the bad-ass person on the cover still is pretty popular. Yeah, if they are good covers I do really like these types.

YA books (even though I don't write them, they are really popular) seems to have books that depict symbolism, bodies, or girls in dresses.

Then we have horror. Most seem to show a location or object to do with the story.

So, what types of covers do you prefer? 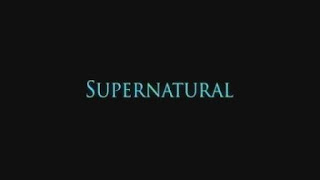 Warning* This blog contains some spoilers of the show Supernatural.

For the past few years I have avoided watch season 6 and beyond of the series Supernatural. I LOVED the first five seasons and felt they told a great tale about family, sacrifice, and kicking monster ass. Most shows tend to falter and fizzle into a story of the week sort of thing. Supernatural didn't because I believe Eric Kripke had a plan. That plan ended with season five and he left the show. However, it still continued, badly. 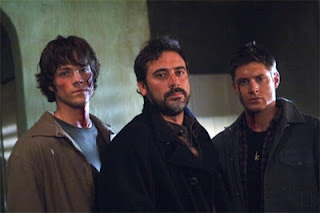 I finally broke down and watched season six out of morbid curiosity. Who were these characters? They certainly weren't the ones I'd grown to love during the first fives seasons, though they were still great to look at. It felt like the writers were really reaching to bring the plot lines together? What was the point of the episode with fairies? Let's give Sam and Dean something they haven't fought? Also, it took the breaking of 66 seals to open Lucifer's Box and 4 rings of the Horsemen to close it. Someone explain how Castiel can open the door and let Sam out without Lucifer or Michael noticing. 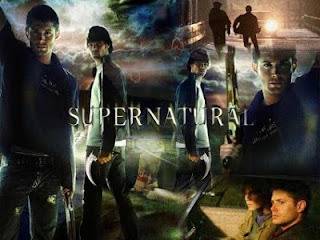 All in all, the season was completely lackluster. It got better toward the end, but I would only rate it to be about the same level as the beginning of Season 3. I watched the beginning of Season 7 and had another What the Fuck? moment. Why the hell would Dean bow down to Castiel when he said fuck you to every other Supenatural creature that wanted him to submit?


Do you like stories about angels, demons, and the supernatural? Pick up a copy of "A Prescription for Delirium" available on Amazon, Barnes & Noble, and Smashwords.
Posted by Noree Cosper at 9:19 AM 4 comments:

So, I've been waiting for this one for a while. I'm proud to announce this. There will be a review to come.

There’s something in the woods behind Jake Marsden’s house – and someone wants him to find it. A strange dream shatters his sleep, night after night, and a compulsion to find the dark presence in the forest wars with his logical and ordered nature. What’s a geek to do?
When his small hometown of Wynn, North Carolina falls under an ancient curse, Jake will find himself in a battle against creatures worse than any he’s faced in a game. Playing for keeps, it will be geek versus god in the fight to stop an evil force bent on destroying everything he holds dear.
The Geek Shall Inherit The Earth – If They Live Long Enough. 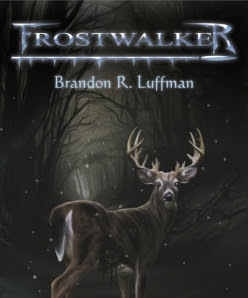 Read excerpts posted on Brandon's blog: Excerpt #1 - Dreams Of Smoke Excerpt #2 - The Pit Excerpt #3 - Opening Scene: Jake Walks The Field Excerpt #4 - Deputy Fallon Gets Busy
Read the first third of the book for free at the Smashwords link below!

Born in Statesboro, Georgia in 1976, Brandon Luffman was raised in rural North Carolina from the time he was old enough to walk. In the sixth grade he discovered “The Chronicles Of Narnia”. Soon after that, he was on to Stephen King and Arthur C. Clarke. At the same time, he was making his first forays into writing fiction. After creating a series of short fantasy pieces for a class assignment that were received with praise, he was hooked on writing fiction for the entertainment of others. Now Brandon writes supernatural horror as well as fantasy, science fiction, and other genres. His short fiction is available online in various formats. Brandon still lives on the family farm in northwestern North Carolina with his wife and family. Taking inspiration from his homeland, he brings southern sensibilities and a modern flair to these classic genre themes. His first novel, Frostwalker, was released in May of 2013.
Find Brandon Online
Blog | Facebook | Twitter | Goodreads | Amazon | Smashwords
Posted by Noree Cosper at 12:00 AM No comments:

And I caught it all on film...

Starting out with this new show I've been watching. It's called Hemlock Grove. I love it for the Romanian folklore scattered throughout. This is Peter, the protagonist, changing into a werewolf. This gets gruesome and gory.

Next is a fan made video of Supernatural. Of, course I had to have something in here. With the song, it's really creepy. By the way, the song is actually a poem by Poe.


Last I have a a series of game trailers for the MMO The Secret World. I think I've mentioned that I adore this game. I even made Gabby on it and roleplay on the game with her.