Hades and Persephone: The Abduction

Just a little something I found. I'll be putting this up in small parts.

To be continued next week in The Underworld.
Posted by Noree Cosper at 11:22 PM 2 comments:

In the beginning there was Darkness…

Which is true, but there was only darkness from what we can tell. Neither Earth nor water existed. Then the Big Bang occurred everywhere at once in the universe.

Let there be Light!

And there was. The first elements created were hydrogen, helium, and traces of lithium, all light elements. Stars began to form after a few million years. As the stars burned up their hydrogen fuel, their cores became heavier elements. The most massive stars ended in iron cores that exploded. Interstellar dust made up of these elements became the medium for new stars and everything else in the universe. So…

We are all Stardust. 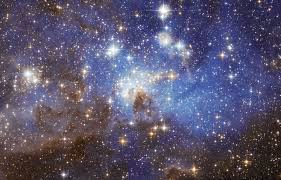 So the universe is continuing to expand faster and faster. This has the possibility of expanding so far that our universe could rip apart. However, we’re still safe. Most likely after many, many millennia (seriously, it’s so far beyond that. I think it’s at least Sextillion years, which is 1036) the stars will all burn out. This will begin the Degenerate Era, where only brown dwarfs (objects too small to be stars), white dwarfs (dead cores of smaller stars), and black holes will exist. Even they will die out.

And we will end in Darkness.

It all has a nice symmetry. Though, the ideas it’s giving me for the Van Helsing series is a little frightening. Yes, eventually this will have meaning. The stars play an important role.

Do you like stories about angels, demons, and the supernatural? Pick up a copy of "A Prescription for Delirium" available on Amazon.
Posted by Noree Cosper at 9:29 AM No comments: