I'm taking a break this week. But Coming Soon is my website. I know can't you feel the excitement?
Posted by Noree Cosper at 10:52 PM No comments:

S. M. Boyce knows I love talking about new creatures and monsters, so she wanted to introduce an evil creature from her debut series, the Grimoire Trilogy. 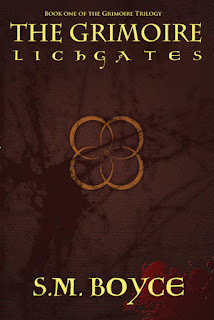 What would you do if your soul was trapped in another’s body—and they could use the skills and knowledge you've built thus far in your life? What if they could don your appearance at any time, live your life if they wanted, and you could only watch?

That’s exactly what isen—soul stealers from the world of the Grimoire Trilogy—do every day. Each soul makes an isen more powerful, but comes at a price: the souls rattle around in the isen’s head, driving them slowly insane. To remain immortal, the isen has to keep stealing...if they don't, they grow old and eventually die.

Seeing the barb in an isen’s palm reaching out to steal your soul is the surest sign you’ll be trapped as their slave until they die. Want to learn about them anyway? Check out Lichgates (Grimoire Trilogy #1) to get hooked.

Grab Your Copy of Lichgates 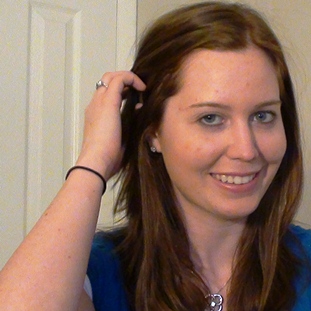 S.M. Boyce is a fantasy and paranormal fiction novelist who also dabbles in contemporary fiction and comedy. She’s a sarcastic twit, but her friends seem to like her anyway. She updates her blog (http://blog.smboyce.com) a few times each week so that you have something to wake you up in the morning (who still uses coffee?). Her B.A. in Creative Writing qualifies her to serve you french fries.
Blog | Website | Facebook | Twitter
Goodreads Page | Amazon Author Page
Posted by Noree Cosper at 11:33 PM 2 comments:

Hello everyone. I’m so excited to be Noree’s guest at Trip the Eclipse! I’m Thomas Winship, author of Væmpires: Revolution, Væmpires: White Christmas, and the upcoming Væmpires: Zombie Rising.

Today, I’d like to speak about my contribution to the literary world’s cornucopia of supernatural beings: vaempires.

Vaempires are mutated vampires. In the world I created—a post-apocalyptic world in which humans and vampires have learned to live in peace, primarily due to the creation of synth-blood—ordinary, run-of-the-mill vampires suddenly experience involuntary changes that transform them into vaempires.

Each væmpire is a bigger, stronger, faster version of its former self, with a second thumb on each hand (beside the pinkie) and an altered physical appearance, to boot.

Reportedly, some vaempires even possess special abilities. The ability to access a vampire’s memories while sucking his/her blood is the most common rumor.

Still, it doesn’t sound so bad … does it?

The downside is that vaempires are warm-blooded beings driven by the need for cold blood.

And that is where the problems began. As the number of vaempires grew and attempts to create a viable synth-blood alternative failed, the seeds of discontent flowered into revolution.

And that’s where the fun began. 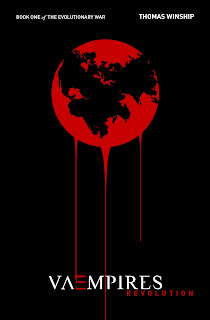 Now, if you’re wondering why I called them vaempires …

Since the beings are mutated vampires, it stood to reason that their title should be something mutated, as opposed to something completely different.

I added the “e” because it can stand for so much—extra, extraordinary, evolution, evil—that is relevant to the story and the væmpires themselves.

It’s even spelled “væmpires” throughout the book to visualize the “a” and “e” as connected letters. It doesn’t work as well as a graphic, so the book covers show separate, but distinct, letters.

BTW, vaempires is pronounced without the a, as “vempire” (vem-pīr).

I’d like to offer a very special “thank you” to Noree for inviting me to her site. I hope everyone enjoys the post. I’d love to hear what you think of it and/or answer any questions you may have. Post comments or questions below and I’ll be sure to respond.

Feel free to stop by my website and reach out. I’d love to hear from you if you check out Vaempires.

Be sure to check out Thomas's website for the latest and greatest news on Vaempires.
Posted by Noree Cosper at 2:11 AM 8 comments:

Over the next few weeks I will be hosting several posts showcasing spectacular Indie books and their authors. This week I'm starting with the wonderful Nikki Jefford and her novel Entangled, which is the first in the Spellbound Trilogy. 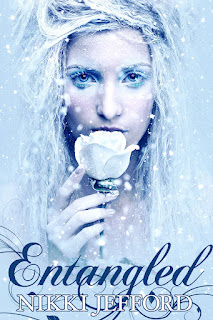 First, I have to say I really do love the cover. I'm a sucker for pretty pictures. The symbolism in connection to the story is awesome. The cold and snow representing death, while the white rose represents purity and life.


Two months after dying, Graylee Perez wakes up in her twin sister Charlene’s body. As a witch, can anyone blame her mother for attempting to bring her daughter back to life? Now Gray is stuck sharing her sister’s body in twenty-four-hour shifts.

Raj McKenna is rumored to meddle in the black arts, not to mention he’s after Gray’s invisibility spell, and worse—her heart. But Raj might be the only one powerful enough to save Gray from fading away forever.

The race is on for Gray to find a way back inside her own body before Charlene purges her from existence.

And for you pleasure, here is the first chapter of Entangled:

Hungry for more? Entangled can be found at Amazon, Barnes and Noble, or Smashwords.
Posted by Noree Cosper at 12:09 AM 1 comment: