Young teen Richie Lyons is having an uneventful summer, playing games with his friends. He even has a birthday on the way. However, his uneventful life is shattered when he wakes up, on the morning of his thirteenth  birthday, with a list of names pounding through his brain. A list that contains the names of those he cares about most. As if that wasn’t enough, he keeps having a recurring waking dream of a fire that is threatening to take the life of his mom and sister.

Richie must fight to understand this recurring list and the visions he is having. Are they prophetic, foretelling an actual occurrence, or a waking nightmare threatening his sanity? In addition, what does the list have to do with the newest local ministry and the strange pastor who came to Richie’s door?

The more Richie discovers, the less he understands.

When Richie finally begins to understand, it may be too late for himself and everyone else that he cares about.

There is one thing Richie knows for certain.

The Li5t of Five will release on September 29th! 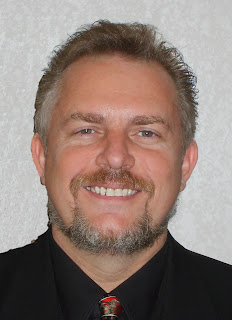 Author Bio
J. Scott Sharp has been writing for much of his considerable life, but only just now decided to take it seriously at 47. This makes him a little crazy. At least his wife Marti and his two dogs, Sumo and Tnur think so.
He has his Associates degree in psychology, which qualifies him for nothing except understanding what you're thinking. At least he likes to think so. He also thinks he understands what you're feeling, but that's a whole other problem.
He lives in Arizona where he splits his time between watching TV on DVD, working, and writing. His hobbies include stage and close-up magic and reading until his eyes won't stay open. Closed eyes make it harder to do stage magic, but he tries.
He is the author of short stories Not Even There, Three Blackbirds, and Cold-blooded
The List of Five is his first novella.

You can reach out to J. Scott Sharp at: