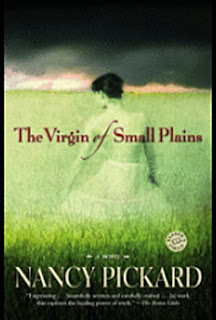 Of course I love both reading and writing paranormal books. For me, paranormal lends itself to a kind of magic that gets under your skin. A magic you can believe in, one that brews right beneath the surface. It might instill wonder or fear, but the point is, it instills something. It takes any atmosphere there and amplifies it. And I absolutely adore when a book can do this! So, with no further ado, I give you my favorite paranormal book of all time…

THE VIRGIN OF SMALL PLAINS by Nancy Pickard

Here’s what’s neat about this choice. It’s NOT a fantasy novel! It’s actually more of a mystery. It’s not about witches or vampires (thought I love those things too) but more about a subtle presence, so subtle it might be coincidence, but it’s too much of a coincidence not to mean something more.

2)      Paranormal Movies!
I’m not sure which I loved first—paranormal books or paranormal movies. I always loved books, but I guess it was my love for creepy paranormal-based movies that got me seeking out fiction of the same kind. There’s so many amazing paranormal movies out there, that it really is hard to choose just one. So what I’m going to do is name one that most people haven’t heard of and that is one of the most original offerings to the genre I can think of: 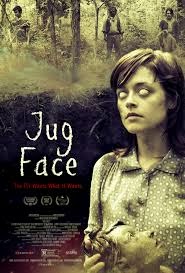 So, here’s what’s really neat about Jug Face: It’s actually an indie film! And I think the quality of the screenwriting and acting really lends credence to the indie film community. I watched this movie not even knowing it was an indie film until I spoke to the producer on twitter! I was shocked—not that an indie film could be this good, but rather that a bigger film company hadn’t picked it up before it got to that point! I can’t believe it’s not a cult success by now! Seriously, though, check it out. The CGI isn’t anything to brag about, but hey, they were on a budget. This is a really unique, inspired paranormal film, and you’ll be wondering as you watch if this backwoods community is just crazy or if there really is something other-worldly going on here.
3)      Paranormal Games!
To some, these are paranormal games. To others, they are paranormal tools. From tarot cards to Ouija boards, there’s all kinds of ways people can tap into a paranormal or supernatural presence. Or, ya know, maybe you don’t believe in that stuff but think it’s all in good fun when you’re trashed at some party. To each their own, but I, for one, have always found Ouija boards particularly exciting. And, as a writer, you can use totally use tarot cards or Ouija boards to write books. Not that I’ve ever done that…

What ever happened to Ouija boards, anyway? When was the last time you saw a commercial for one. I wonder if they have been banned from the air, much like Halloween has been banned from many schools.  In any event, if the only Ouija board you know of was created in the ‘90s, then you still have a lot to learn about Ouija boards!  We can find mention of it in history as early as 1100 AD. And no, it’s not the one Hasbro made. Ouija boards don’t all look the same. Some people even make their own!

OUIJA BOARDS take the cake on this one for me. Here’s one I think is pretty neat: 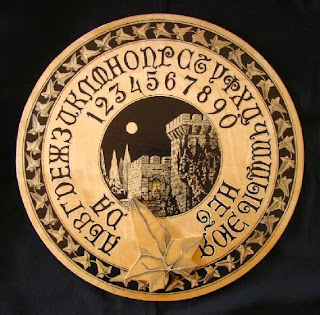 4)      Paranormal Researchers and Magazines (does that count as 2?).
Say what you will, believe what you want, but paranormal researches and investigators are, at the very least, awesome people to hang out with! I grew up in New Jersey, and we have this ‘zine there called Weird NJ. Now, I’m not saying that ‘zine is a pristine example of paranormal research at its finest, but it sure was a fun resource to give us ideas of places to go when we were teens. 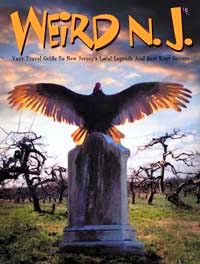 So, if for no other reason than Nostalgia, my favorite paranormal ‘zine is WEIRD NJ.
In Weird N.J. we travel to places that are seen for what they are; weird, odd or unique, all told by New Jerseyans to Mark Sceurman and Mark Moran, publishers of Weird N.J., while traveling the backroads of the Garden State in search of local unwritten history and modern folklore.

When we travel the state of New Jersey, we are looking for tales told only inside the perimeters of a town. These stories and places tell a story that cannot be found in any history books and are not often perceived as “history,”…until we arrive.

Number 4  can only logically lead us to my number 5: Paranormal Places.  When I was growing, my friends and I used to all meet up at the parking lot of Dunkin Donuts (the owner worked late and would give us free donuts) then we’d head off of to do some investigating of our own. Which, in our case, was really just goofing off, probably trespassing on abandoned property, and either not realizing or not caring that we shouldn’t be there. But boy, it gave us a thrill! (Not the trespassing—but the bizarre and atmospheric locations we visited.) Was there something there, lending its energy to the space, or did we bring the energy there ourselves?  Whatever your take may be, paranormal researchers and investigators know quite a bit more about the energies surrounding us than most of know!

Plus, they get to visit cool places . . . Here’s one I’ve never visited but would be a dream vacation stop for me: 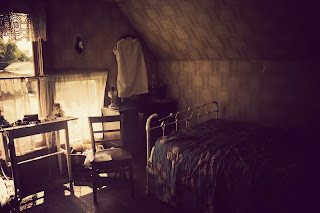 On June 10, 1912, the old white frame house at 508 E. 2nd Street became a grisly crime scene. The heinous murder of Josiah B. Moore, his wife, their 4 children and 2 young girls who were overnight guests rocked the small town of Villisca, IA, and the murderer was never identified. Over the years, residents of the home reported visions of a man with an ax, children crying and unexplained paranormal activity. In 1994, the home was restored to its original condition with no indoor plumbing or electricity. These touches add to the chilling ambience during a lamplight tour from April through November or an overnight experience available by reservation for groups.