In my April post for D, I mentioned Iblis being the name for the Devil in Islam. And as the Devil has many tales so does Iblis.  His name is Arabian for despair.  He is described as the father of the djinn and an angel. 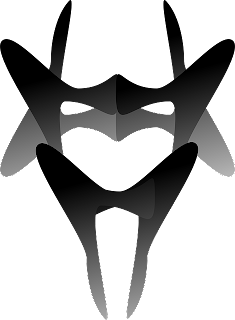 The Qur’an mentions his name nine times, seven of which are in reference to his fall from Allah’s grace. One states he was one of the djinn and he broke the Lord’s command. Another says he was treated as an angel. When Allah created Adam, he ordered the angels to bow down and worship him. Iblis refused because Adam was made of dust and beneath Iblis, who was made of fire. Allah curse Iblis and booted him from heaven. Hmm, sound familiar anyone? Iblis managed to persuade Allah to delay any other punishment until judgment day. So, he was allowed to roam the earth and lure men to si so he may destroy them.

In an alternate version, Allah sent his angels down to Earth to destroy the djinn for rebelling against the divine laws. The angels won the war, killing many of the djinn. They captured Iblis and took up to heaven to be “educated.” The remaining djinn formed a new nation and Iblis left heaven to become their king.

In another legend, Iblis promised any animal who carried him into paradise three magical words that would bestow immortality. The serpent agreed and carried Iblis in his mouth. Iblis, being djinn, was made of smoke, so this was easy. Iblis spoke to Eve through the serpent’s mouth and convinced her to eat from the tree of knowledge.

I always find connections between religions of different cultures fascinating.  It proves to me over and over how connected we are, despite distance and limited means of travel in the past.  Are there any stories that you have heard from different countries that are connected?