A Prescription for Delirium Sneak Peek: Blurb and Cover Sketch

So, I got halfway through this round of revisions fro A Prescription for Delirium. Things are coming along so well. At least I keep telling myself that when I get late night bouts of insecurity. Anyway, I hope to have this published by January 1st at the latest.Today I'm going to give you a peek at the preliminary sketch for the cover and the blurb. 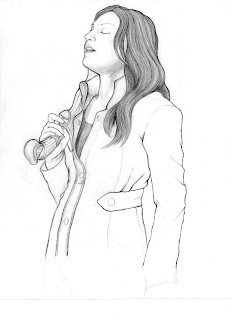 Gabby by JD Stockman. This is just the sketch, more is going to be added, like a background and a little color, but I'm mainly sticking with black, white, and red.


Ninety years ago, Gabriella di Luca promised to protect the family of her dying lover. She failed to keep that promise.  She was too far away to stop Ose, the devil that murdered the eldest Van Helsing son. Years later, Gabby learns Ose has resurfaced. She arrives in Hampton, TX, determined to stop the demon before it can lay a bloody hand on the remaining three brothers.

However, madness is spreading through Hampton. She suspects Ose is using this madness to test a drug which has a side effect of demonic possession.  Gabby rushes to end the source of the madness only to fall victim to it. For a woman cursed with eternal life, dying is no threat. However, Gabby must stop the Ose’s plot or risk losing her most precious possession: her mind.

So, what do you guys think? I would love to hear your opinions on both.
Posted by Noree Cosper at 5:53 PM 9 comments: 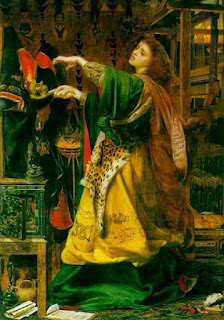 Morgan Le Fay should be a name well known to anyone who likes Arthurian Legend. You know, King Arthur, Excalibur and the Knights of the Round Table. Morgan Le Fay was a sorceress noted in several versions of the legend.

In the early legends she did not have much of a story behind her. She was a sorceress, healer and sometimes fairy. Most of the time she is one of the maidens who takes a dying Arthur to the Isle of Avalon to be healed. According to the Vulgate Cycle, she is married to King Urien and is the handmaiden of  Queen Guinevere, King Arthur's wife.

It's not until Sir Thomas Mallory's Le Morte d'Arthur that Morgan is established as Arthur's half sister by his mother Igraine. Here she plays a small role as advarsary for Arthur and Guinevere as she conspires to become Queen. Some have depicted her as the mother of Mordred, who mortally wounded King Arthur. However, this is actually her sister Morgause. Despite having a small role in the legends, Morgan Le Fay has been depicted in hundreds of stories. 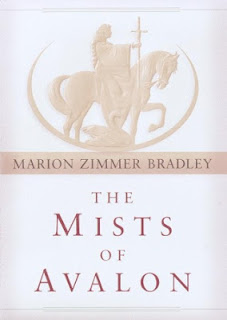 In Marion Zimmer Bradley's "The Mists of Avalon" Morgaine (Morgan Le Fay) is the main character of the story. She is the half sister of King Arthur and a priestess of the Goddess religion struggling to keep her worship alive in the midst of rising Christianity. Though, the book dragged for me, I loved the depiction of the Goddess worship in this story. 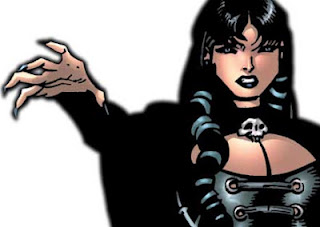 In Marvel Comics Morgan Le Fay is a half faeries sorceress who is the sometimes villain of the Avengers, Captain Britain, and Dr. Strange (among others). 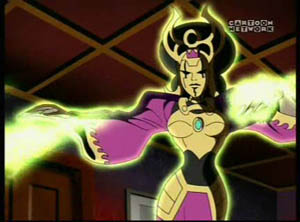 In DC Comics she is a super-villain sorceress who practices the black arts. She has shown up in the comics as well as the Justice League cartoon. 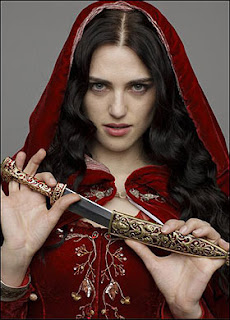 She is Morgana, an eventual villain, in the BBC television series Merlin. I have to give my cheesy BBC show some love and I really need to catch up on the seasons. 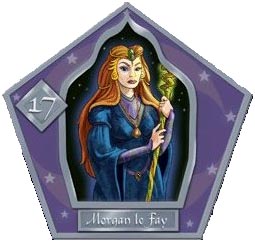 Even J.K. Rowling mentions her in Harry Potter.

What are your favorite references to Morgan Le Fay?
Posted by Noree Cosper at 2:26 PM 8 comments: 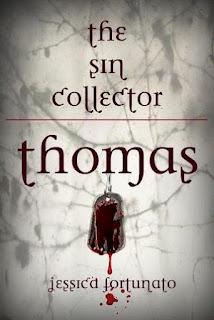 A while back, I posted a review of the first novel The Sin Collector as well as an interview with the author, the lovely @JessFortunato. She posted a vote on her website for which character we would want to see a short story of. Thomas won the hearts of many and here is his story. This is an ARC I received for a fair review.


Premise: Thomas is a short story based on one of the most beloved characters from Book One of The Sin Collector Series.
"Thomas has taken vows. As an immortal, he is impervious to harm on the battlefield. As a Collector, he alone can take away the sins of the fallen and allow them to move peacefully into the next life.
But valor never comes without sacrifice.

Far away from combat is his home, and her name is Lucy. Lucy is a human and frail from the explosion that nearly took her life, but Thomas’s duty pulls him from her before she can recover. His letters are his only connection to her, and to her caretaker, Thomas’s best friend Emmilina."

Every character is a person, and they have led entire lives before the main story even begins. This is the history of Thomas

Characters: I loved Thomas from the first book, The Sin Collector. I was excited to see what history made Thomas into the man he was. I was not let down. We get to see Thomas struggle between love and duty. You got a real feeling for him and the other characters. I'm hoping to see more of Emmilina in later books.

Pacing: I love fast paced books and this one did not disappoint. Since it was a short story, I devoured it in one night but it still left me thinking about the story days later.

Story: Though this was really a character driven story, it moved me. It answered some questions from the first book, but new ones arose. I look forward to reading the next installment.

There were a couple of POV shifts and phrasing that could have been better, but over all I think I noticed them more because I am in the middle of editing my own story.

Last week I finished the second draft of my novel A Prescription for Delirium. In celebration, I have decided to enlighten my dear readers a little about my main character Gabriella Di Luca. This will be about her preferred fighting style. 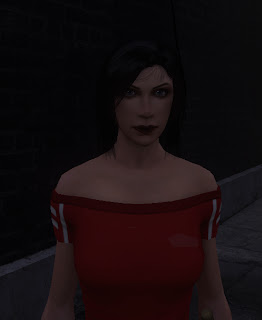 A picture of Gabby when I created her on The Secret World.
Yes, this a shameless plug for the video game I love.

A little over 500 years ago, a demon cursed Gabby with immortality. I know, it's weird for most to even consider it a curse, but it's not all sunshine a roses. She can die, in fact she has died a lot, but she is ressurected. The only way she knows to end her curse is to kill the demon who cast it. So, she has spent her long life learning to hunt demons. Her preferred fighting style is

Also called Kali or Arnis, Eskrima is a martial arts of the Philippine Islands. Most people relate it to stick fighting, but it includes a wide range of weapons including knives, swords and improvised weapons. Don't worry, it also teaches to fight hand to hand if you are caught without a weapon. 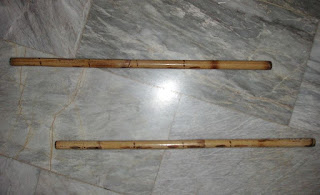 A pair of rattan sticks.

It is hard to say what the early history of Eskrima was since most was handed down via oral tradition. The Visaysas (Central Philippines) were considered the cradle of Eskrima. The first recorded reference to the art of Eskrima was on Mactan Island in 1521. The chieftain Lapu Lapu and his men defeated a group of Spanish conquistadors. Ferdinand Magellan, who lead the expedition, lost his life in the battle.

Eventually, the Spanish did conquer the Philippines and outlawed the fighting style and the carrying of bladed weapons. The Eskrima Maestros (Masters) took their fighting styles underground and trained with rattan sticks instead of swords.

Gabby sought out a master during the late 1500's to teach her espada y daga (sword and dagger). The Filipinos modified the Spanish fencing style to create an effective close range fighting. The Spanish kept a dagger at their hip to use as a back up weapon. They preferred to keep the fight at long range with a fencing sword and use the dagger for blocking or parrying. Espada y daga Eskrima changed this to hold the dagger behind the sword. This allowed more maneuverability and deceptiveness.

There are many types of weapons used in Eskrima. The swords alone has a wide range. Gabby's demon slaying sword is a Sundang. This is a type of Kris blade. Hers was created by a family of demon slayers gifted by Hindu goddess Durga. The family died out long ago but their legacy was left behind for Gabby to search out.