Book Blast: I Am Forever by Wynne Channing 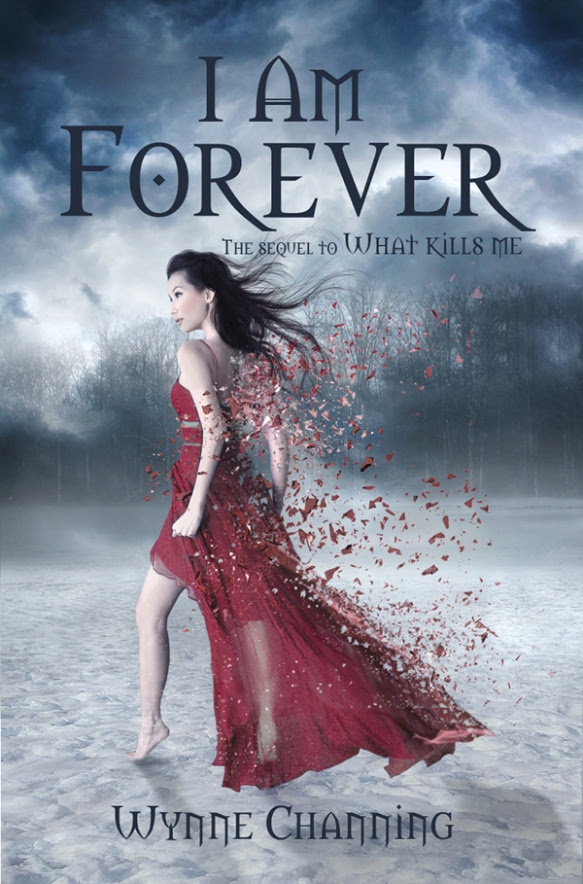 It all began with a prophecy. It warned that a human girl would destroy the vampire race. And when 17-year-old Axelia suddenly became a vampire after falling into a well filled with the blood of their gods, they feared that she had been born to kill them all. Author Wynne Channing has followed up her action-packed, best-selling debut novel, What Kills Me, with the much-anticipated sequel, I Am Forever (released January 31)! The sequel picks up after Book One's shocking ending and is another heart-pounding thrill ride filled with stunning twists, tragic betrayal and bloody action. Check out the blurb for I Am Forever: Axelia fought an army of vampires and survived. Once fated as the destroyer of the vampire race, she is now welcomed into the immortal empire and revered as a god. But instead of relishing her victory, she faces a dangerous new world and an empire at war. Axelia is thrust into the position of supreme vampire and caught in the crossfire of battle. To make matters worse, her role alienates Lucas, the one vampire that she trusts. Her power spawns evil enemies. And they know how to get to her — by hurting those whom she loves most. 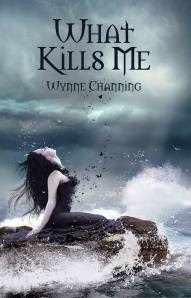 About What Kills Me, Book One: An ancient prophecy warns of a girl destined to cause the extinction of the vampire race. So when 17-year-old Axelia falls into a sacred well filled with blood and emerges a vampire, the immortal empire believes she is this legendary destroyer. Hunted by soldiers and mercenaries, Axelia and her reluctant ally, the vampire bladesmith Lucas, must battle to survive. How will she convince the empire that she is just an innocent teenager-turned bloodsucker and not a creature of destruction? And if she cannot, can a vampire who is afraid of bugs summon the courage to fight a nation of immortals? Buy What Kills Me: Amazon US | Amazon UK | B&N | Kobo | iTunes | Goodreads Wynne's giving three readers each a prize pack (a signed What Kills Me bookmark, a notepad and a rhinestone butterfly necklace). Enter here for your chance to win: A Rafflecopter giveaway! 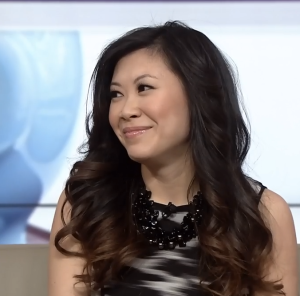 About Wynne: Wynne Channing is a national newspaper reporter and award-winning young adult novelist. Wynne loves telling stories and as a journalist, she has interviewed everyone from Daniel Radcliffe and Hugh Jackman to the president of the Maldives and Duchess Sarah Ferguson. The closest she has come to interviewing a vampire is sitting down with True Blood‘s Alexander Skarsgard (he didn’t bite). She briefly considered calling her debut novel “Well” so then everyone would say: “Well written by Wynne Channing.”

Hades and Persephone: The Underworld

Here is the second part of the story of Hades and Persephone. If you haven't read the first, it's here.


I sighed and crossed my arms as I sat on the couch of my beautiful prison. Drapes of silk and gold beads hung around the room. There was a bed made stuffed with the softest down and covered with silk. Flickering candles reflected off the rubies encrusted in the gold candelabras. Every table in the room sparkled with diamonds, emeralds and other jewels. They were gifts from Hades. I gazed to the center of the room were a banquet table that constantly stayed filled with delicious food and wine.
I was so hungry, but I could not eat. My mother had warned me away from eating the food of the underworld. Those that consumed it were forced to remain forever. I did not wish to be here now, much less for eternity. I sighed again and lay back on the couch, closing my eyes.
The door opened and Hecate stepped in carrying folded clothes. Her silver hair was pulled back from her face and her black silk dress contrasted to her porcelain skin. She was beautiful and ethereal. Hades had given her to me as a handmaiden.
She gave me a gentle. “It is time to bathe, my queen. I have brought fresh robe for you.”
I winced. “Do not call me queen, Hecate. I am merely a prisoner. Hades will realize that we are incompatible. I belong above ground with my mother.”
She gave me a sympathetic look. “I understand how you feel, dear Persephone, however, I must follow my lord’s orders. He wishes you to stay, so stay you must. Now, please, you must bathe, he will be here shortly.”
I snatched the clothes from her, stalked to a curtained doorway, and yanked the silk aside. Steam rose up from the spring in the middle of the room. My feet smacked against the black marble tiles as I made my way to the pool, throwing the clothes down as I went. The water stung my skin as I stepped in. I grabbed the soap from the ledge, scrubbed my skin in quick jerking strokes, and then dove under when I had been completely lathered. I stayed underwater as long as I could, trying to calm myself. Hecate was just following orders; she had no control over my freedom. It was Hades that I must convince to set me free. He should see that I was not meant to be his queen. With new determination, I rose out of the pools and robed myself. When I stepped back into the sleeping room, Hecate was gone. Hades stood before the table, eating grapes. He turned when and stepped in, and a smiled touched his cold lips.
“You look as beautiful as ever, my dear. Did you enjoy your bath? Grapes?” He offered them to me but I shook my head and stared at the ground. He sighed and set them down. “You cannot continue this. I will not have my queen starve.”
“I am not you queen. I do not belong here Hades. Please, you must return me to my mother.” I entreated as I moved closer to him.
He put a cool hand against my cheek. “My dear, daughters must eventually leave their mothers and become wives. It is time for you to bloom, little flower.”
“Flowers cannot bloom without sunlight. How can I bloom underground?”
He sighed. “Persephone, what do you wish in life? To spend you days in meadows and flowers, coddled by you mother? I sense great power in you. Why not use that power? As my queen you would rule here by my side.”
I paused, contemplating what he said. My life before this capture had been as he said. I had spent my days collecting flowers. I ruled over nothing. Even Artemis ruled over the moon.
“Let me ask you, is there another that you favor more than I?”
I shook my head, still thinking on his words. “N-no.”
“Then I ask you give me a chance to win you affections. Think on my words, I offer you a purpose.”


He took my hand and placed his daily gift in it. I looked down and gasped in pleasure. In my hand was a rose carved perfectly out of silver. It was detailed down to the tiniest thorn. I clutched it to my chest and sat on the couch deep in thought.
Posted by Noree Cosper at 9:36 AM No comments:

It's 2014 and we're celebrating with an awesome fantasy themed calendar. This calendar is for the background on your computer and you can get this month's image below. (Just right click and save, then set as your desktop background!)

Each month will feature a different book or series, so if you want to challenge yourself, try reading each book or series that is featured before each month is over. The series to kick off the beginning of the year is the Aurora Sky: Vampire Hunter Series by Nikki Jefford. She is also running a giveaway, so be sure to enter for your chance to win some great swag! 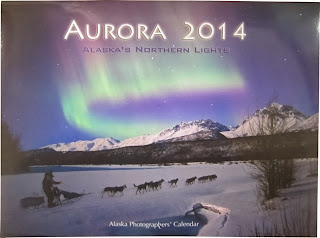 Right click and save as an image. Then set as your background!

After Aurora Sky nearly dies and is forced to kill vampires for the government in repayment for her life, she comes up with some sketchy New Year’s Resolutions:

My own list seems to be on repeat year after year:

I do like to throw in some fun things here and there, like learning to ride a motorcycle last year. Someday I’d love to learn to sail. I’d also like to pick up where I left off with my French and become fluent. I wish I could travel more. That’s more of a fantasy than a resolution or maybe if I budget better… ;-)

What are your resolutions for 2014?
Aurora Sky: Vampire Hunter 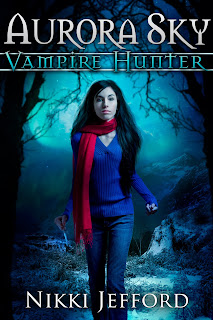 If there is one thing eighteen-year-old Aurora Sky wants, it's to get off the iceberg she calls home. Being kissed before she graduates wouldn't hurt either. Then a near-fatal car wreck changes everything. Government agents step in and save Aurora's life in exchange for her services as a vampire hunter in Alaska. Basically she's a glorified chew toy. All thanks to her rare blood type which sends a vampire into temporary paralysis before she has to finish the job...by hand. Now Aurora's only friends are groupies of the undead and the only boy she can think about may very well be a vampire. And if he's a vampire, will she be forced to kill him?   AURORA SKY: VAMPIRE HUNTER is the first in a YA Mature/New Adult paranormal fantasy series.
Amazon | Other Buy Options 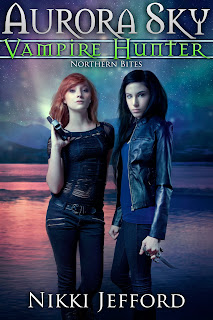 Love Bites. Probation sucks. Thanks to Dante's recklessness, Aurora is now partners with Valerie: the redheaded, backstabbing vixen. Dante is in full flirt mode. Fane's tactics are more ruthless. Something carnal has awakened in Aurora and neither boy is helping tame her cravings. When a member of the unit's team is found dead, Aurora and Valerie are sent after a vampire in Sitka, but Aurora suspects the killer's much closer to home.
Amazon | Other Buy Options 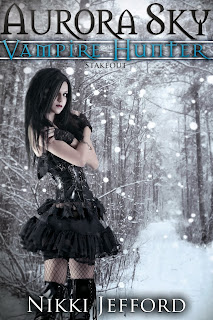 Noel Harper got a second chance at life when the government recruited her as an undercover vampire informant. Since the day they brought her back from the good-as-dead, she has wanted to prove herself worthy.

When a member of her investigative unit is murdered, Noel is paired up with a vampire hunter named Dante to spy on a suspect in Fairbanks. The problem? They're not the only ones on stakeout. Taking down murderous vampires is one thing. Dealing with the past is another. But this time, Noel isn't letting fear win. She's calling in help from the other side and discovers a shocking secret along the way.

Nikki married Sébastien, the love of her life, while working as a teaching assistant in France. They now reside in the not-so-tropical San Juan Islands, 70 miles northeast of Forks, Washington in a town without a single traffic light.
Website | Facebook | Twitter 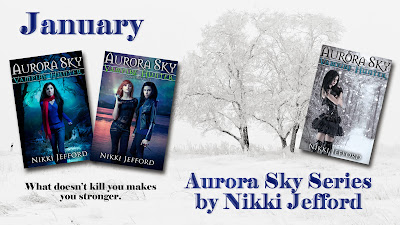 a Rafflecopter giveaway
Posted by Noree Cosper at 12:00 AM No comments: