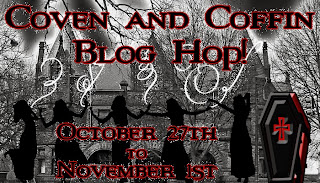 Welcome to the first post of the Coven and Coffin Blog Hop. Gather 'round boys and girls and for a tale to chill your bones.

I was standing in a crowded street. People everywhere were chanting his name and holding signs that said they loved him. I should have been one of them. I was a fan, but I wasn’t a fanatic. I just stood there quietly with people chanting and jumping all around me. They were waiting for him to come out of the building. I have no idea how I even got swept up in this mess anyway. One minute I was walking down the sidewalk, and the next I was part of a flood of people fighting for the chance to see the movie star.

Suddenly, he emerged with his entourage. Roscoe Reed flashed a charming smile for the cameras, only it wasn’t Roscoe Reed. It was someone else disguised as Roscoe Reed. I could tell, but perhaps the screaming fans and paparazzi around me could not. I turned my attention to the people around me and found him in an instant. His eyes were unmistakable. I felt myself blush and was about to turn away when he made a move towards me. There were still plenty of people in the crowd between us, and still, no one noticed him. A few more steps and he would be right in front of me. As I realized this, I became frozen.

A sort of chemistry passed between us and I was officially under his spell.

“Let’s get out of here,” he said as his right hand ran through his black hair.

It took a moment for it to register that he was talking to me. I snapped out of it and let him lead me away. In an instant we were no longer in the crowded street, but in a secluded VIP room of a club. It was just the two of us.

This had to be a dream. Roscoe Reed was dead. He was killed in a car accident months ago. It had been splashed all over the front pages of newspapers and tabloids.

Then I got the worst feeling. He was drawing me in with his charm, but since it was a dream, I knew that if I kissed him something horrible would happen.

An eerie music began in the background. He seemed to control it. He now controlled everything in the dream--including me. I felt my anxiety dmelt away as he came closer and kissed me. I closed my eyes and opened them.

I was back in my room and so was Roscoe Reed. His figure was opaque as he pulled away from the kiss.

"I stole all of your kisses. You won't remember anything about anyone you've ever kissed."

I then noticed the person sleeping next to me. I didn't recognize him, but there was a photo of us on the nightstand. I was in a wedding dress and he was in a tux.

"Why?" I said to the ghost that was no longer there. I stared at the photograph for the rest of the night, trying desperately to remember anything about the man I must be married to, but nothing came. 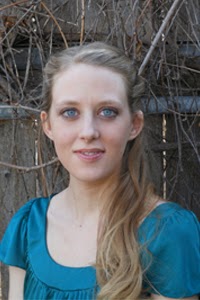 About the author:
Kayla Curry lives in North Platte, Nebraska with her husband and two children. She likes spending time with family and friends when she’s not writing or planning out her conquest of the world. People who know her would say that she is sweet and kind, but her book characters would disagree. Her other hobbies include reading, metal detecting and research of local history. You can visit her website at http://www.kaylacurry.com to keep up on her progress in the Mystic Stones Series and her other works. 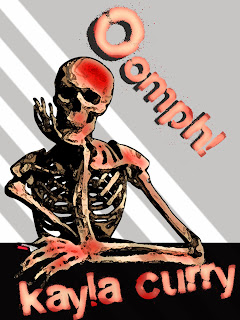 Be sure to stop by for more ghost stories all week. Also, head over to these great blogs for more Halloween festivities.


Last but not least, enter this awesome Giveaway.

a Rafflecopter giveaway
Posted by Noree Cosper at 1:17 AM