Coven and Coffin Blog Hop: From One Shore to the Next 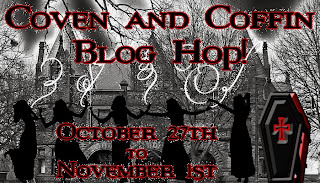 Gather round and hold your lovers tight for this next haunting tale.

From One Shore to the Next
By Peter Dawes


“I promise,” I had said to Annie. Even if it had meant saying goodbye. 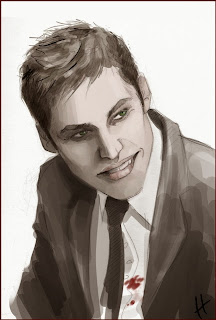 Peter Dawes is the author of The Vampire Flynn Series, published by the micro-press Crimson Melodies. His serial story, “A Maker and His Child” appears on the BloodTideZine website and short “Lost Highway” has been featured in the Nocturnal Embers anthology, also by Crimson Melodies. While primarily a novelist, he has also contributed to the story cycle Red Phone Box, featuring the work of fellow authors Warren Ellis, Dan Wickline, and more. Always working on something new, Peter leaves it up to the reader to decide if it’s by sunlight or candlelight.
You can follow the author on any of these sites…
·         Twitter: http://twitter.com/peterdawes
·         Facebook: http://facebook.com/AuthorPeterDawes 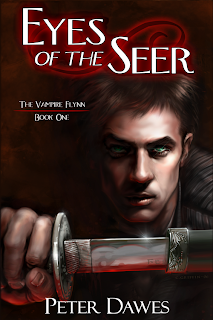 As the moon rose over Philadelphia, on January 20, 1983, nobody could have known what was about to happen. Inside a coffee shop, a meeting between a young resident doctor and a redheaded vixen would end with a night of bloodshed. Two people would lay dead inside an apartment near Fairmount Park. A third victim would be claimed when their killer ran into the waiting arms of a vampire.
Rather than being met with eternal condemnation, however, Dr. Peter Dawes would wake several days later as a new creature. No longer possessing a pulse and with sharp teeth itching for purchase on human skin, Peter’s first days as an immortal would blossom into five years of decadent, sadistic killing. Exchanging the scalpel for a dagger and the scrubs for a suit, the man who once sought to heal would come to be known as the deadliest vampire ever to wield a sword. The covens referred to him as the Black Rose Assassin. To his maker, Sabrina, he was known as Flynn.
Her instrument in an ambitious struggle to gain control of the city, Flynn amassed a collection of conquests. All the while, secrets circled around him, speaking of special gifts and a human destiny left behind upon his turning. It would take an immortal named Anthony, a mysterious pendant, and a human sorceress named Monica for Flynn to learn the truth behind his turning. And what resulted would send a shockwave from the City of Brotherly Love outward to the rest of the world.


Join Flynn on his journey from ruthless assassin to immortal seer. In a mission which takes him to Chicago, Seattle, and the darkest corners of the globe, a vampire will reconnect with his humanity and a villain will become a reluctant hero. Along the way, wicked immortals, unlikely allies, and a society of gifted humans called the Supernatural Order will test the mettle of the reformed killer. In the end, a man divided will be forced to reconcile with his darkness, and two beings shall emerge from one.

Tomorrow we return with another story sure to raise some goosebumps. Be sure to visit the other blogs for some more festivities.

Don't forget to enter for your chance to win some Treats!

a Rafflecopter giveaway
Posted by Noree Cosper at 12:00 AM