I am so excited to be hosting Wynne Channing on the blog today. She's the newspaper journalist-turned novelist who penned the best-selling paranormal adventure, What Kills Me. She's stopped by to share a few words on why horror/paranormal will always be her genre of choice: When I was a little girl, I used to play Michael Jackson’s Thriller and as soon as I heard Vincent Price cackle, I dove under the covers. Then I would play it again. I would also make monsters. I’d twist the heads off of my dolls and jam brooms through the sleeves of my clothing. Then I would look upon my creation like a proud Dr. Frankenstein, realize how scary they were and then run away. Oh, I hated being scared. But I loved being scared. As I got older, I watched every horror movie I could find. I read Stephen King. I wrote stories about monsters, about aliens, about people with terrifying powers, with waking nightmares. In paranormal worlds, anything is possible; the horrors there, are examples, exaggerations of the horrors in real life. What is it that we enjoy about being afraid? We stare into mirrors and say “Bloody Mary.” We sink low in theatre seats and wait for Jason, for Freddy, for that creepy meowing boy from The Grudge to appear on screen. We like the excitement. The thrill of being afraid without the risk. Because as freaky as horror movies are, we know at the end of the day, we can press stop on the DVD or close the book. But we won’t because that wouldn’t be as fun. When I wrote What Kills Me, it’s those same thrills that I wanted to deliver. I wanted to take readers on an adventure. I wanted them to tense up at the suspense and wonder if my heroine would survive the horrors. Go on the ride — all from the safety of your own home.

Buy What Kills Me!
Amazon US | Amazon UK | B&N | Kobo | iTunes | Goodreads
About the top-rated, best-selling book: An ancient prophecy warns of a girl destined to cause the extinction of the vampire race. So when 17-year-old Axelia falls into a sacred well filled with blood and emerges a vampire, the immortal empire believes she is this legendary destroyer. Hunted by soldiers and mercenaries, Axelia and her reluctant ally, the vampire bladesmith Lucas, must battle to survive. How will she convince the empire that she is just an innocent teenager-turned bloodsucker and not a creature of destruction? And if she cannot, can a vampire who is afraid of bugs summon the courage to fight a nation of immortals? 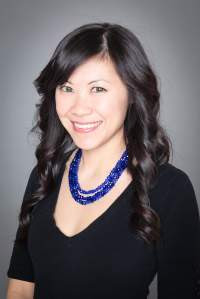 About Wynne: Wynne Channing is an award-winning national newspaper reporter and best-selling young adult novelist. Wynne loves telling stories and as a journalist, she has interviewed everyone from Daniel Radcliffe and Hugh Jackman to the president of the Maldives and Duchess Sarah Ferguson. The closest she has come to interviewing a vampire is sitting down with True Blood‘s Alexander Skarsgard (he didn’t bite). She briefly considered calling her debut novel “Well” so then everyone would say: “Well written by Wynne Channing.”